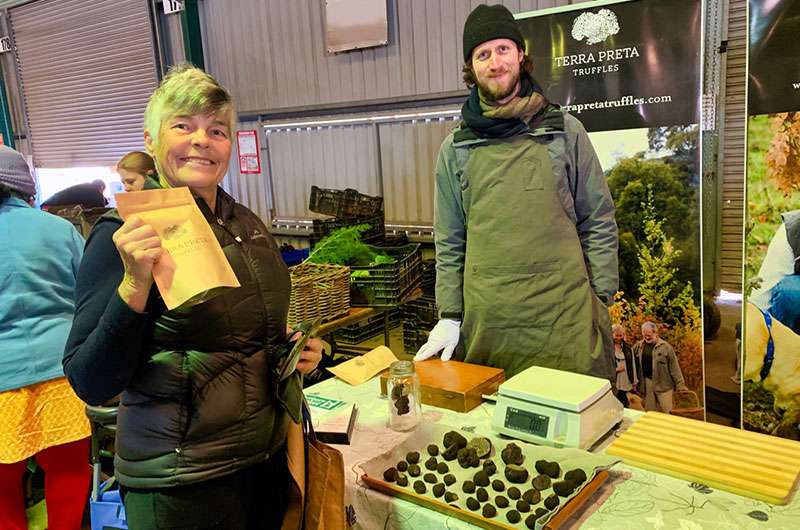 A market patron, who introduced herself as Angela, stopped at the Rotary stand at the front of the market just to tell us how much she enjoyed the market and the great work Rotary do for the community.

‘There’s nowhere else to get genuinely fresh produce. I think the market is just fantastic,’ she expressed. ‘It is the atmosphere and the relationships you build with each of the stallholders that makes shopping here so special. And the food is so fresh. Why would you go to a supermarket?’

Angela Giblin said she had been a regular Saturday shopper at the club’s Capital Region Farmers’ Market for the last 15 years.

We continued to chat with her as she made a bee-line to her first stop, Terra Preta Truffles.

When asked which stallholders she liked best, Angella rattled off the names of nearly 20 stalls and spoke highly of many of the stallholders by name.

‘I have my regulars that I always buy from,’ she said. ‘Obviously, the truffles when they are in season. I always get lamb from Vince Heffernanhis biodynamic lamb is just amazing. And both the fish stalls are great. The walnut stallfantastic. Bread Nerds and CoffeeI always get my coffee beans there. Greenhills for my fresh veggies and Bow Butter for my dairy….’ (the list goes on.)

We reached the Terra Preta Truffle stand and by stallholder Keith Marshall. Angela invited us to smell the truffles and selected a nice one for herself. Handing over $25 she said, ‘That will be fabulous tonight.’

It is truffle season in Canberra and according to Angela, there’s only one place to get them and that’s at the Capital Region Farmers’ Market.

Stallholder Keith said, ‘The vast majority of our produce goes to chefs in Canberra, Melbourne and Sydney, but most of our truffles head overseas to London, the USA and Tokyo. This is the only place we sell to the public. We grow Tuber , the French Black Truffle, which as a delicacy the world over.’

‘I love the markets for the people who visit, Keith said. ‘ We’ve had customers visiting us every Saturday in Winter for many years and I really enjoy hearing the stories of their cooking adventures and seeing their smiling faces when we come back into our market season.’

Terra Preta Truffles is a family-run business south of Braidwood that was very early into the farming of truffles in Australia. The family planted their oak and hazelnut trees, inoculated with truffle, nearly 20 years ago and have been harvesting commercial quantities for the last eight years.

The Marshall family grow their truffles without chemicals and they embrace science and research in all of their farming practices. The result being multi-award winning truffles that have won, among other awards, best produce overall in the Australian Food Awards in 2016.

Have you really tasted truffles?

The pungent, earthy, funky, musky truffle is an expensive delicacy—and with good reason—they are very challenging to produce. First successfully harvested in Australia in 1999, truffle farming is now a growing primary industry.

as tasting like a complex -mushroom layered with blue cheese, garlic, and an addictive savouriness’.

At this chance meeting, I discovered that I have probably never tasted a real truffle. Over the years I’ve had various dishes in restaurants presented as ‘truffle (something)’ and I’ve never been keen on it. seemed to leave a nasty aftertaste that lasts for hours. As I discovered, usually the truffle flavour in the form of ‘truffle oil’which I discovered is not truffle at all.

Truffle oil sounds good, but the vast majority is oil that has using a synthetic agent named 2,4-. Sounds tasty, doesn’t it!

‘Excuse me, sir, can I interest you in our specialty dish finished with a drizzle of 2,4- oil?’

A passionate truffle lover, Angela said she always invites people over when she makes dishes with truffles and tonight was planning on starting with a lovely fresh baguette from the market, drizzled with top quality olive oil, also from the market. She will bake this then let it sit before adding some pate from Kim de Poorter (at the creperie) and a tiny slice of truffle and a flake of salt.

After meeting this passionate, long term market-goer, I really must give truffles a try; particularly now that I know that it is likely that I haven’t actually tasted a real one!

The Rotary Club of Hall’s Capital Region Farmers’ Market is open every Saturday morning selling fresh seasonal produce. The Terra Preta Truffles stall will be at the market until the end of the season in late August. 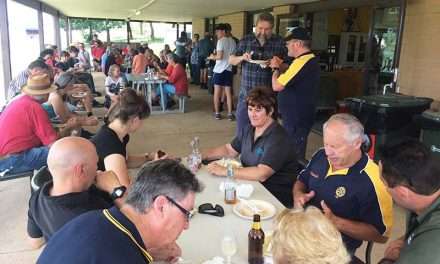 Thanks to the Hall Bushrangers 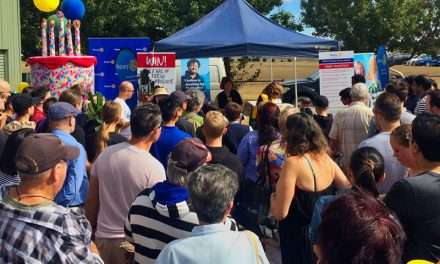 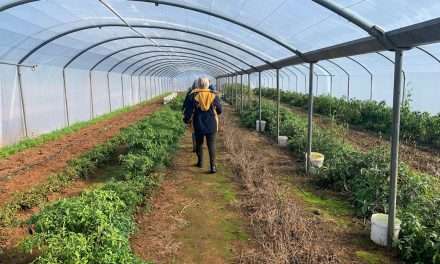 Farmers market: behind the scenes