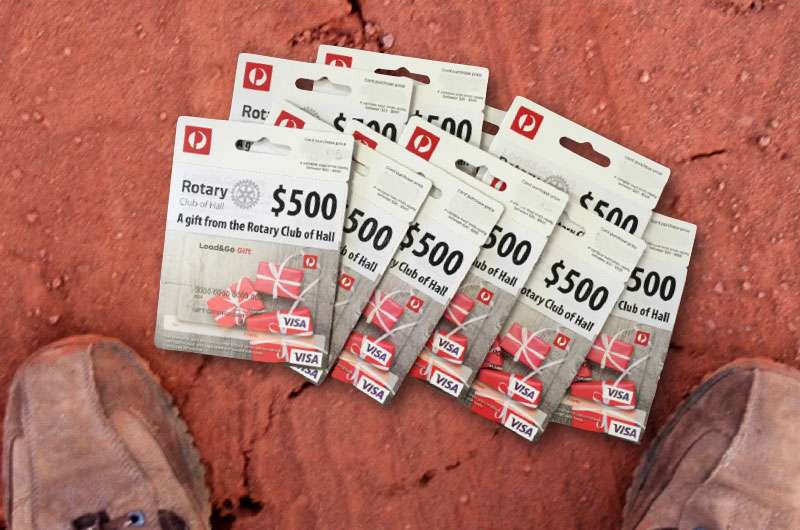 Wow! What a year.

The Rotary Club of Hall (RCH) continues to kick some impressive goals and as I look back on the year that was, I am blown away by not only the funds we have contributed into local and international communities but the sheer diversity of the projects we have with.

We can be proud of our successes as we see the results of many years of hard work by members, past and present, in the creation and management of the Capital Region Farmers’ Market (CRFM), and in the projects and people, we support with the funds raised.

A mainstay project of the Rotary Club of Hall, the CRFM early in 2004 to provide a means of support and income for drought-stricken primary producers, a place for to meet and talk directly with producers, purchase the freshest food and enjoy the social atmosphere of the environment. And hasn’t it achieved that?!

Just last weekend, I received a first-hand lesson in the value our market-goers place on their Saturday morning ritual at the CRFM when regular market-goer, Angela approached me at the Rotary Information stand just to thank the club for the markets and what we achieve with the funds raised.

The profits from the CRFM support a vast array of projects every year. To give you an idea of the breadth of donations made possible, check out the 2018-19 Project Report and Donation Summary.

But there is so much more to each of these donations than the numbers – it is the stories and our “WHYs” – the things that keep us engaged and coming back when we consider the time and energy we voluntarily put into Rotary. We all have our own favourite projects and our own WHY.

The club hit the ground running early in the Rotary year, when members of the Community Services Committee saw the urgent plight of farming communities as they travelled the country, with severe drought continuing without let-up. After some research into how we might best assist those families so much in need in our local area, in the gift cards you see on the front of the Project Report. This drought-relief project will continue into the future as long as needed and is a big “WHY” for all of us in the Rotary Club of Hall.

It really hit home to me how powerful a small commitment from us can be life-changing for someone else when I received a phone call on my way home from a meeting on a cold night late in August last year.

The farmer from Tarago was in tears as he thanked me for the gift his family received. It meant he buy some desperately needed new work boots, some food for the small number of stock he still had left on his property and to pay a deposit for his daughter to go on a major school excursion. Our Youth committee then decided the full cost of the excursion, meaning that the family could use the gift cards to pay one of the many outstanding bills they were trying to cover.

Some may a school excursion is not a priority, but the joy & pride that Dad displayed was overwhelming, as he talked to me about his daughter and the effort and love she put into all of her studies, especially her Agricultural subjects; and how our support meant she be a part of her school group – something that is so important in those early teenage years.

We will never know the impact of this gesture and just how it influences her future.

For the first time in 15 years, we had bucket collections over 3 of our markets, raising over $6,500 dollars from the community towards the drought relief project.

We are all aware of the challenges for the Farmers’ Market community over the last couple of years – there has been the massive hit our growers have had to face from the drought; our longer-term stallholders aren’t getting any younger; and there have been many site access difficulties associated with the Canberra Light Rail construction.

Despite this, the CRFM committee has reassessed and adapted; continuing the success of the markets as a very important supporter of small scale primary producers; as a community service project with a recovering public attendance after the challenges of light rail; and as our primary fundraising source.

The Rotary Club of Jerrabomberra has provided invaluable support to the success of each Market day. for the next three years (at least!) and we are looking forward to continuing to strengthen this relationship in the form of a joint Major project .

The District 9710 Rotary marquee at Floriade, recognising Rotary’s 90 years in Canberra was no small exercise and involved many Rotarians from throughout the district over the whole of the Floriade event.

Much of the project concept, planning and implementation on by RC Hall members who then event days for the CRFM’s 15th anniversary day in March and World Bee Day in May.

Our Major Projects team continue to support “End Trachoma”, Barnardo’s, the Abundant Water project in Timor , projects in Nepal and we now have a successful Community Nurse program supporting Parkinsons ACT patients and their carers.

this year – the Drought Relief package; supporting ‘Can-the-Cancer’ research into blood cancers, and an agreement with the GO Foundation to in a long-term project supporting local Indigenous students in schools.

We have had club visits from African refugees and the International Services Committee identified key projects to support them, including providing seed-capital for a pilot program supporting refugee women living in Nairobi, to build small garment-making businesses.

We had some significant wins in our Youth Services portfolio, with all three of our year 11 National Youth Science Forum (NYSF) applicants successfully gaining places in the highly sought-after holiday program in January, and we had 5 participants attend the Rotary Youth Leadership Awards (RYLA) including our Exchange student, Monami Sasaki from Nagoya, Japan.

It was one of our year to see Monami’s self-development. She struggled through severe home-sickness for some time, but with , RYLA and a change of schools, the Monami who presented to us only a month ago before going back to Japan, had personal growth beyond what I am sure were her wildest dreams!

A special memory I have as her host Mum over the Christmas and New Year period is of her absolute delight in spending a summer’s Christmas Day on Melbourne’s Brighton Beach followed by New Year’s Eve OUTSIDE on the banks of the Yarra River with crowds of happy revellers.

The club’s relationship with our partner Rotaract Club of UC is strong and continues to grow as we see their membership thrive and joint activities like bare-foot bowling and collecting bottle tops for the Helping Hands project create opportunities to blend the generations.

This year we set up a separate Vocational Services portfolio to review the structure of our Scholarships and Apprentice Awards program. This exercise has proven to be more difficult than expected with high UC staff turnover and communication challenges. Meanwhile, we continue to support six UC students, each with 3-year scholarships.

The CIT Apprentice Chef’s Awards night at the CIT Restaurant in March with a good turnout from members of both Rotary Clubs of Hall and Jerrabomberra.

A rock in our club calendar has long been the fun and social first meeting back in January – ‘Kingsley’s Train night’. As a club, we held meetings at Gold Creek Station and had other away meetings, but mostly we have made use of our little club room in the old Hall Primary School. It has now been our base for three years and like a home for us, so it was with enthusiasm and relief that we received the news that the ACT Government are leaving things as is, at least for the next few years.

There has been one challenge that stands out for me this year – not having a Secretary meant an increased workload and we get to activities we had identified as goals for the year.

We farewelled a few members this time last year, sadly they included two of our Charter members, both of honorary members of the club. We also welcomed four new members to the club with our number standing at 30 active members and 3 honorary members.

I would like to recognise the efforts of all members of the club, with a special thanks for those who joined me on the Board and in the roles of Committee Chairs. I am proud to be a member and it has been a privilege to be the President of the Rotary Club of Hall.

I am also very relieved to be handing the Presidency over to Fiona and moving on to other things in work and family, a new role for me – that of Grandma.

Please take some time to explore the website and stories of a few of the projects the Rotary Club of Hall members are so proud to have supported over the years. 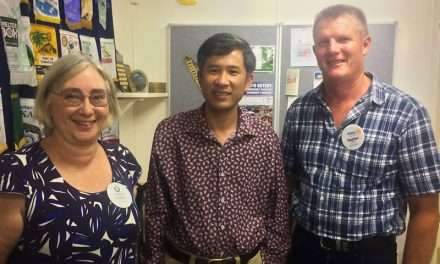 Organic Farming In The Mekong Delta 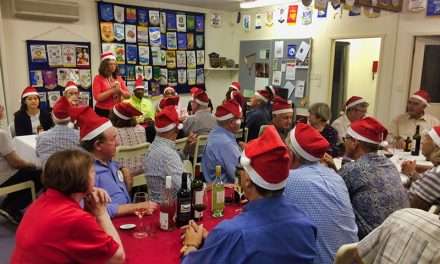 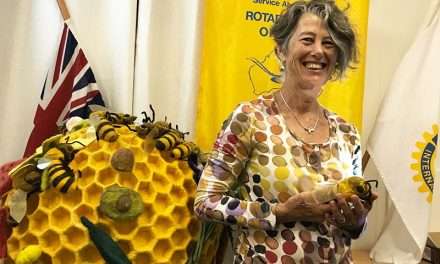 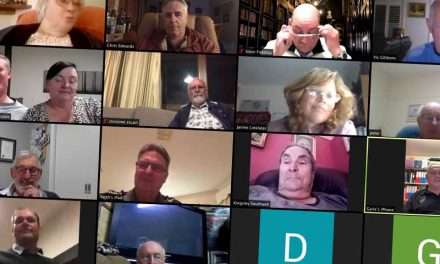 Making a difference during COVID-19